Today I stared death in the eyes and actually it was pretty amazing! 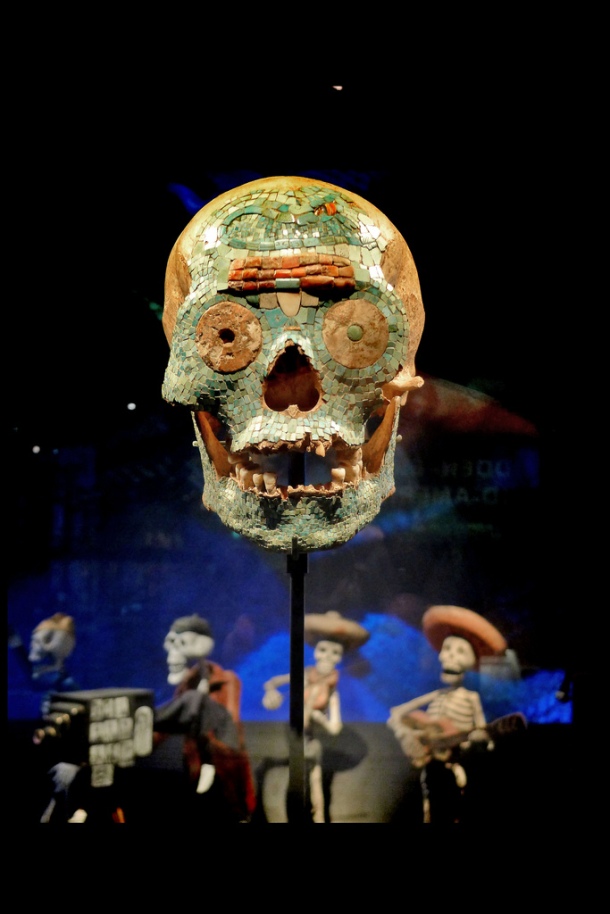 “Mixtec skull at the ethnological Museum Volkenkunde in Leiden is fake”, heads today’s newspaper. In Mexican death cult ancient skulls are beautifully decorated with tiny turquoise stones… so we thought for a long time. The Leiden Museum – who has such a masterpiece in his collection – recently discovered that the glue of the mosaic dates back to the twentieth century!
Some Mexican dentist glued the authentic material together in the thirties and sold his artwork for a lot of money. Leiden Museum is not the only victim, probably nineteen museums around the world have a forgery from this guy in their collection. Still, the stylish work of this dentist is admirable, so I think! 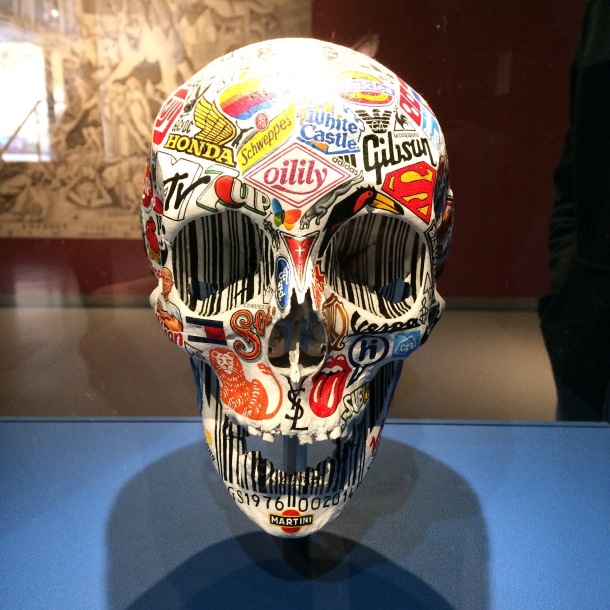 I encountered death in real life at The Noordbrabants Museum en Stedelijk Museum Den Bosch. Both museums are celebrating the ‘Bosch Year’ and therefore have dedicated their exhibitions to Dutch medieval master Jeronimus Bosch. In his paintings Bosch displays surrealistic monsters and fallen angels from hell referring to the Last Judgement. It is an inspiration for contemporary artists like Gurt Swanenberg, Jake and Dinos Chapman, Gabriel Lester and Claire Morgan. 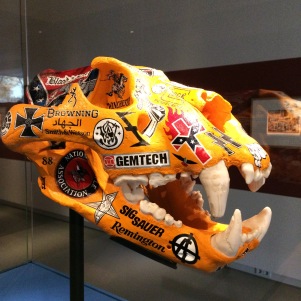 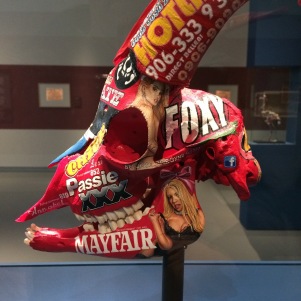 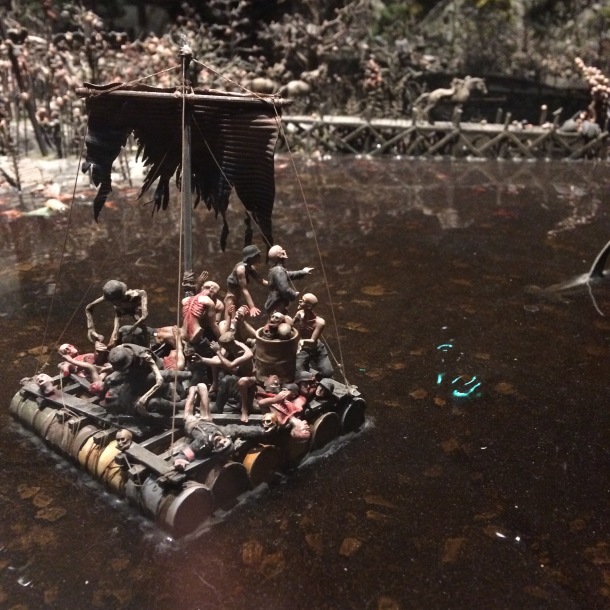 The Chapman brothers visualized hell with detailed scenographic landscapes. The scenes are crowded with tiny Nazi figures fighting against skeletons at mountain tops, along riversides and on bridges. A horrifying massacre titled ‘Fucking Hell’, death is everywhere… 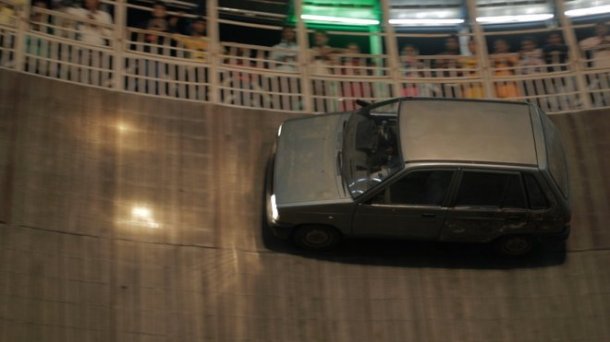 Watching a video of Pipilotti Rist with dancing naked girls in kaleidoscopic images, felt as a relief. This was heaven. But not for long. Death was waiting in the next room, literally circling life. Here Gabriel Lester showed a video work with four surrounding screens picturing a breathtaking spectacle in India: The Wall of Death.

This is a dangerous stuntshow with cars and motorcycles driving vertically in a circular wooden pit, held in place by centrifugal force. Just like the American motordromes or silodromes from the thirties. 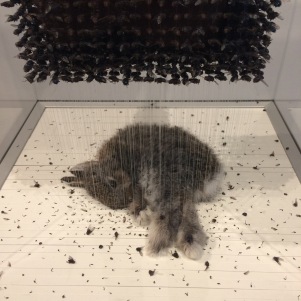 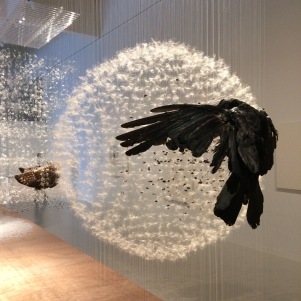 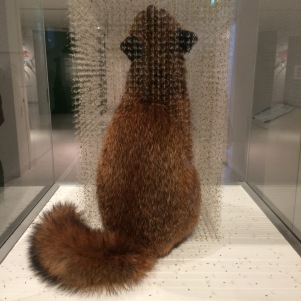 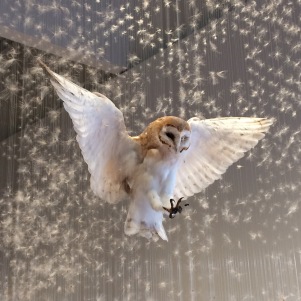 Finally I came across the marvelous taxidermal installations of Claire Morgan. Morgan brings stuffed animals to life by re-enacting them in majestic geometric clouds.
Art with dead animals always appears much more poetic than with humans. 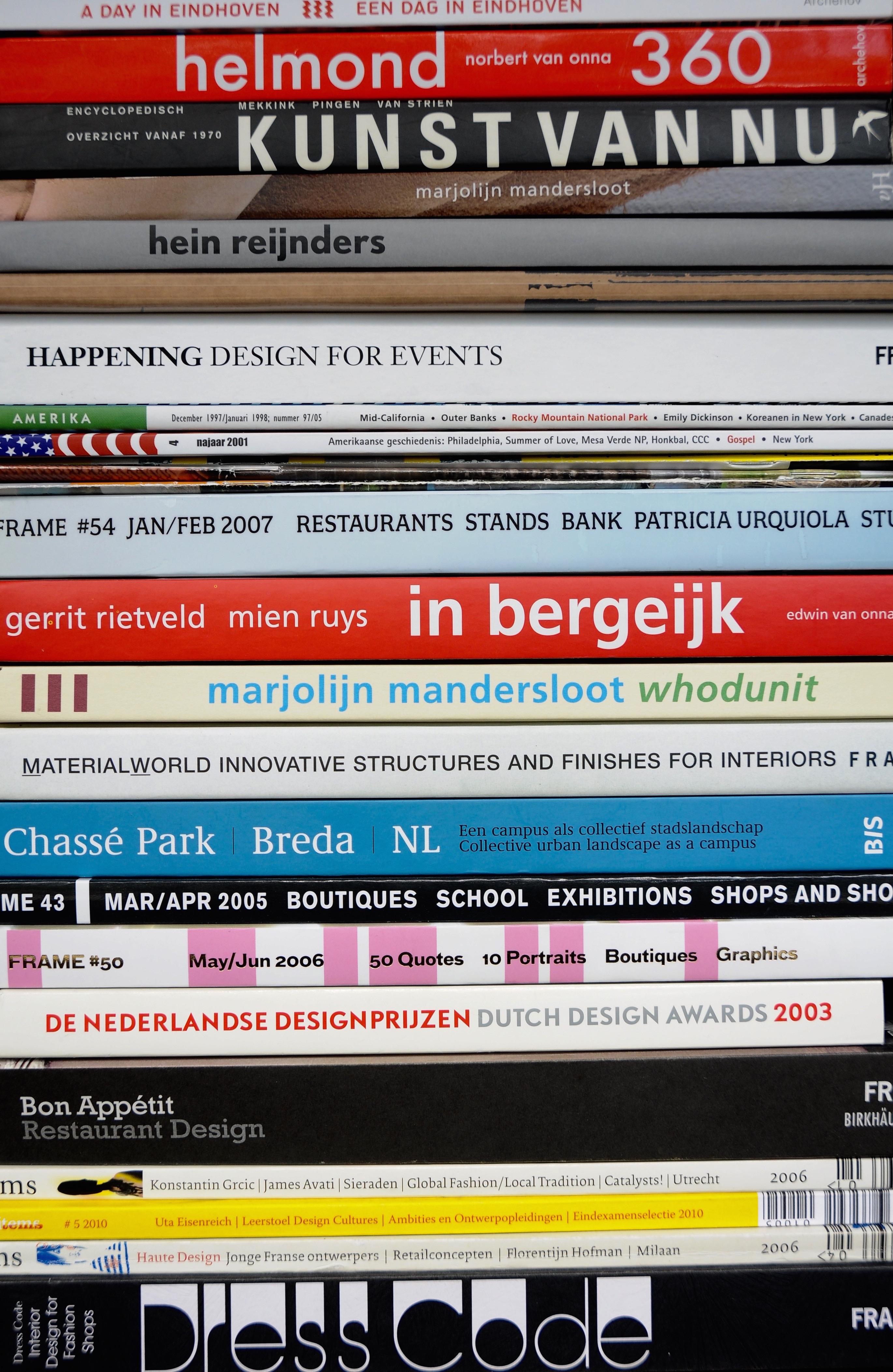 FormFiftyFive - Design inspiration from around the world

Design inspiration from around the world.